Have you ever wondered what would happen if you actually called Saul Goodman? Wonder no more.

END_OF_DOCUMENT_TOKEN_TO_BE_REPLACED 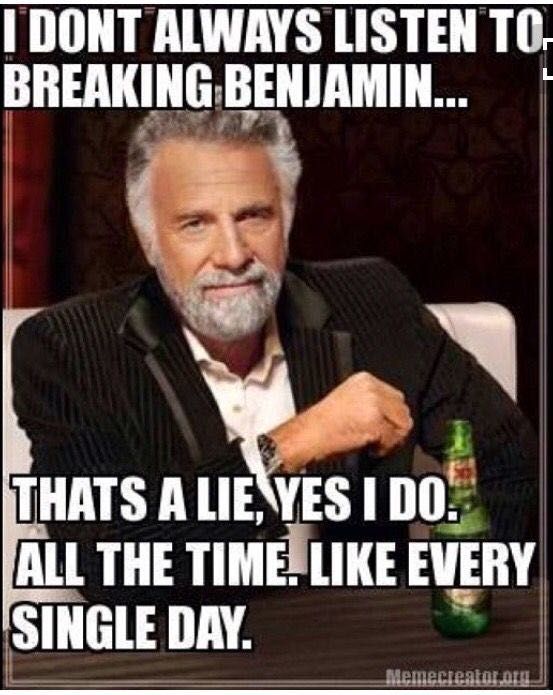 If you read my last post about this album, I feel as though I was a bit harsh. I thought about editing that post, but no. Those were my initial thoughts, and you can’t change those. Only one chance at a first impression and all that. What I can do, is give it another review after listening to the songs multiple times. I’ve been noticing the little things, like what the strings are doing behind the verses, for example–things I completely missed. Overall, this album has vastly improved within two days.

That’s what you’re about to read. I’ve also tried to be much more articulate this time around. 😀

In case you missed my first reaction to Aurora, here you go: Aurora is Here and I Can’t Even

TLDR, I basically boiled the album down to sounding exactly like the originals but with added strings. Yeah, not fair. To my credit, I commented on more than that, but that was the strong opinion I had about several songs.

Honestly, one thing that prompted me to make a follow-up post? The YouTube comments. And many more times hearing the songs. But yeah, reading comments on the videos themselves changed my opinions of some things I was critical of before. Plus, it’s so comforting to see other fans freak out over their music. It makes me feel a lot more sane when I go on these fangirl rants.

Part One: Track By Track Reviews

Part Two: Examples of How I Expected Them to Sound

Part Three: My Picks for Their Next Acoustic Album END_OF_DOCUMENT_TOKEN_TO_BE_REPLACED

In case you’re new to my process: I don’t make reaction videos. I do record myself, but then I transcribe what I say in the video, which you’ll see below. That’s my method.

If you’d like to join me, here you go…

END_OF_DOCUMENT_TOKEN_TO_BE_REPLACED

What prompted this list? I’ve already made a list of favorite acoustic tracks (with some repeats here, I’m afraid). It’s because of Breaking Benjamin. Their acoustic album just came out, and it wasn’t as acoustic as I expected. I won’t get into it, because I’ve exhausted the point in other posts. But it made me crave some truly acoustic tracks, stripped down and full of awesomeness.

For this list, I looked for songs that are pretty different from the original versions, where the artist did something new with it, hence the title of this post. I know I’m forgetting some worthy songs. This is the best I could do at 2 in the morning. Enjoy the tunes!

Of course I’m starting with my man, Ben–since he started this drive in me to start the list in the first place. I won’t say much, because I already have in other posts. Many times. All you need to know, this is the best acoustic version of “So Cold.” I can’t get enough of the variations he does. It. is. so. good.

I…I’m still trying to get a handle on my emotions after hearing this. I can’t believe I had never heard this version until today! This is one of the saddest, most beautiful songs I’ve ever heard. I finally get it. The original version I liked OK, but now I get it. These lyrics. My God. How painful this must be for him to sing considering how personal it is. To have to relive that time in his life. Man. I, I have to go to the next one. Wow.

Let’s keep the sad train moving. I mean, what can I say? It’s Chester, and it’s beautiful and hard to watch, but so, so good. This one, like “Hate Me” and others on this list, makes the lyrics shine because of how they’ve changed it. God, this chorus. Sung like this, it’s more depressing. Love it. END_OF_DOCUMENT_TOKEN_TO_BE_REPLACED

If you’ve spent any time here, you know I kinda sorta like Breaking Benjamin. I mean, they’re fine, I guess. Eh, whatever.

Now that their acoustic album is out, I’m here to make a reaction post. This is not a review per say. These are my unedited, initial reactions after hearing the songs for the first time.

Note: Hey, it’s me. I wanted to come back and re-emphasize these reactions were my very first time hearing these songs–with the exception of So Cold and Red Cold River. Even though it’s only been one day, many of my opinions have changed since making this post.

My process: I don’t make reaction videos, but I do record myself, talk to the camera, and transcribe what I say. Why not just post the video? I don’t know. Crippling fear?

With that in mind, I’m typing out everything I say, every stupid comment. Why? A few things. I like to keep things conversational around here. I type as I talk. I think it’s important not to filter reactions and/or embellish them to make them entertaining for people. And no one is going to read this, so I have nothing to lose here. #noshame

*I will be adding to this post for the next month.*

Better Call Saul is one of my favorite shows. I’m in love with Bob Odenkirk, unironicly–is this a word??? This show is pretty underrated, and while they have been nominated for awards, they’re always shut out by Game of Thrones. Grr. Like Breaking Bad, BCS is smartly written, cinematically shot, and perfectly cast. And totally bingeable.

So, to prepare for Season 5, which starts February 23rd, I’ve decided to rewatch from the beginning. I realize this is not a wise use of my time, but I’m fully committed. The show is just that good. Have I mentioned I love Bob Odenkirk?

If you’ve been thinking of watching but haven’t, or if you too would like to rewatch the series, I invite you to join me, starting with episode one. The first three seasons are on Netflix.

Let me say, before we start, this is not some kind of critical analysis. I won’t be analyzing every line of dialogue or dissecting scenes. (Though there may be a few times I’ll feel compelled to.) This is more like a running commentary of my thoughts as I watch, keeping in mind I have seen all of these episodes before. Like, if a reaction video were written down, it’d be something like this.

Of course, there will be gifs because I have an obsession.

Iconic opening shot. Can we just take a moment to appreciate the amazing cinematography of this show? So many great shots throughout the series.

I was pretty much hooked from the beginning. Let’s be real. Saul Goodman has done some questionable things. Morally questionable. But he was always likable. He provided much of the comic relief that Breaking Bad needed. So I wanted to know what became of him–which this opening scene does. But even more so, I wanted to know how Jimmy McGill became Saul Goodman.

As much as I enjoy the opening vibe–the black and white, oldie tune, his new name and job, and how tragic is it that he watched old tapes of himself?!–I don’t think the pilot did the greatest job in hooking people. New people, that is. If you hadn’t seen Breaking Bad and were watching this cold, I don’t know that you’d stick around. By the end of episode two, I think you have a better idea if you’re in it for the long haul.

Back to the show… END_OF_DOCUMENT_TOKEN_TO_BE_REPLACED

About a month ago, I bought two Breaking Benjamin records after months of debating. (Do you all just buy things or stew on them like I do?) I figured I’d make an unboxing video about it with Mocha. You can check that out here:

In part two, which I’m currently in the middle of making, I’ve compared the record with the CD. I figured they’d sound different, but whoa. I didn’t notice with Dark Before Dawn too much, but when I started Ember, I was like… END_OF_DOCUMENT_TOKEN_TO_BE_REPLACED

Hello, there! I’m still amazed at the traffic I receive for my VIPKID posts, namely the short notice one. It’s not hundreds a day or anything, but compared to my other posts–some getting ZERO traffic–VIPKID posts are definitely popular. I’m glad they’re useful. Or entertaining. Hopefully both.

Breaking Benjamin again? Hey, no one told you to click here. Keep on scrolling!

But I have made reaction blog posts in the past. I record myself watching/listening, then basically transcribe my reaction. They aren’t nearly as “in the moment” as a video would be. You just have to trust that I’m not embellishing anything. Why would I lie? No one is going to read this. I have nothing to gain.

Breaking Benjamin released another track from their upcoming acoustic album. I didn’t listen to the last one. Why? When the album does come out, I don’t want it to be like, “Well, I’ve heard this one. Next.” I’m pretty sure they released many, if not all, of the the tracks off Ember before it came out. I didn’t listen to those early either. But I have to check this one out today.

If you’d care to, listen with me:

END_OF_DOCUMENT_TOKEN_TO_BE_REPLACED

Let me start by saying, yes, I’m aware I have yet to write a post about Journey, and at this point, I’m not sure if I will.

But today’s topic is one that fuels my teacher fire. Few parts of this gig get under my skin, but what I like to call “the gnat student” frustrates me to no end.

He. will. find. me. And he will book me. Guaranteed. END_OF_DOCUMENT_TOKEN_TO_BE_REPLACED 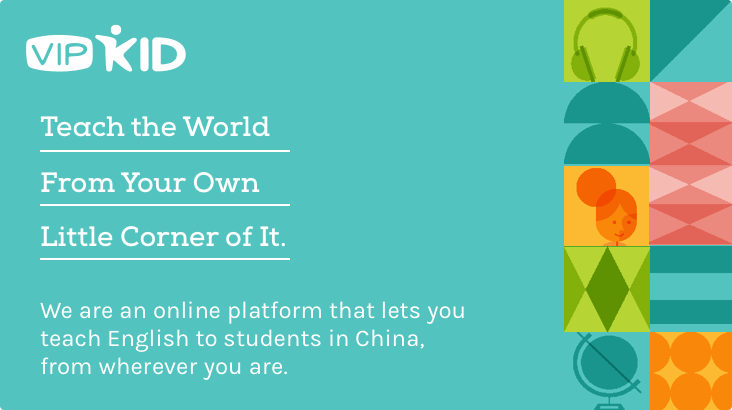 Happy CNY, teachers! 🎉 I hope your schedules are filling back in. Not many classes this weekend for me. Next week should be better! I used some Rat Dinos as a reward this week. Too cute! Happy teaching! #vipkidvibes #vipkidteacher #vipkid #vipkidteacherlife #vipkidlove #vipkidprops #vipkidrewards #vipkidgoals #happynewyear #vipkidcny #vipkidchinesenewyear
My paycheck won't like it, but it sure was nice. None of my morning OR evening classes booked today. Hope some of you got the chance to sleep in too. #vipkidvibes #vipkidteacher #vipkid #vipkidteacherlife #vipkidlove #vipkidgoals #vipkidbookings #vipkidschedule #vipkidcny